We are very pleased to announce that Drs. Nicole Sugden and Loreto Nácar Garcia have joined the Infant Studies Centre as Postdoctoral Fellows! 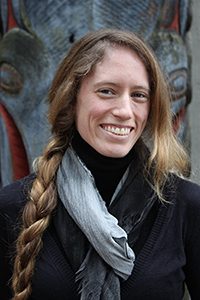 Nicole’s graduate research at Ryerson University took advantage of the fact that infants are especially interested in social, communicative signals like faces and voices. She examined infants’ natural and diverse daily face experience and how this experience shapes the development of their: (i) attention to faces, (ii) ability to tell the difference between faces, and (iii) brain responses to different types of faces. Here at the Infant Studies Centre, Nicole will further explore how infants’ learning and brain development is influenced by their experience with faces and voices. For example, she will soon be running an exciting neuroimaging study with 7 month old infants, using near-infrared spectroscopy (NIRS) to safely and non-invasively record infants’ brain activity while they view a talking cartoon face and hear phrases from an unfamiliar language. This particular study investigates whether infants can use cues that are frequently present in talking faces to learn the grammatical rules of language like word order. If you would be interested in participating in this upcoming study with your infant, or any of our other ongoing studies for infants 3 months to 26 months, please sign up online. During her PhD studies at Universitat Pompeu Fabra (Barcelona, Spain), Loreto explored how bilingual infants perceive language before the first year of life. She studied how being exposed to one or two languages influenced infants’ ability to discriminate between familiar and foreign languages and also between different sign languages that they had never seen before. At the Infant Studies Centre, Loreto’s next project will investigate whether learning from audiovisual stimuli helps toddlers (24 month old) to retain new words.  Loreto is currently designing this study and plans to invite families to participate this coming Summer 2017.