Infant Studies Centre
Coronavirus Response: Our Centre is closed until further notice In response to the coronavirus (COVID-19) pandemic, the Early Development Research Group will be physically closed until further notice. Click here for more information.
Dr. Drew Weatherhead Joining Dalhousie as Assistant Professor Drew will begin her position at Dalhousie University in July 2020. Click here to read more!
Dr. Werker Elected Member of the National Academy of Sciences! Election to the NAS is one of the highest honours a scientist can receive; please join us in congratulating Dr. Werker!
MORE NEWS Dr. Janet F. Werker is the Director of the Infant Studies Centre. Janet is University Killam Professor and Canada Research Chair, Psychology, at UBC and is internationally known for her research investigating the perceptual foundations of language acquisition. Janet received her PhD in Developmental Psychology from the University of British Columbia in 1982, assumed her first academic appointment immediately thereafter at Dalhousie University, and returned to UBC in 1986. Just recently, Janet was awarded the Killam Prize in the Social Sciences (2018) by the Canada Council for the Arts. Last year, she was appointed Officer of the Order of Canada (2017) and won the Pickering Award for Outstanding Contribution to Developmental Psychology in Canada (2017). In 2015, she became the first UBC Professor to receive the Gold Medal Impact Award from the Social Sciences and Humanities Research Council (SSHRC), their highest distinction, given to individuals whose sustained leadership, dedication, and originality of thought have inspired colleagues and students alike. 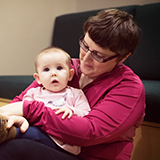 If you have a baby up to 26 months of age, we invite you to participate in our language development studies!

All studies entail a one-time visit to our Centre on UBC campus. Your baby would be with you the entire time. Visits are typically 30 minutes long and we have reserved nearby parking spaces for your convenience.

We are proud to be a part of the 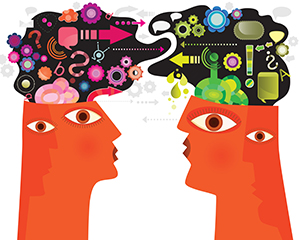 This University-wide, interdisciplinary initiative supports both RESEARCH and TEACHING in the Language Sciences.