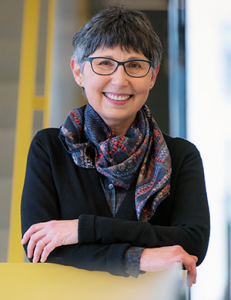 The Director of our Centre, Dr. Janet F. Werker, was named Officer of the Order of Canada on December 29, 2017.

Janet was appointed in recognition of her pioneering research discoveries on language development in infancy, and her dedication to sharing her work and its implications with broader scientific and public audiences. Over the last 30 years, Janet’s research has shown that the foundations of language acquisition begin in early infancy – long before the first word is spoken or even understood – and that acquiring two or more languages simultaneously from birth is as natural as acquiring a single language. She has fundamentally changed our understanding of the roots of language acquisition, and in so doing, has had an enormous influence on child development, parenting, education, and clinical practice in Canada and the world.

The Order of Canada is one of the nation’s highest civilian honours; it recognizes “outstanding achievement, dedication to the community, and service to the nation”. Please join us in congratulating Janet on this extraordinary achievement!