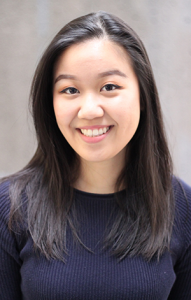 Mary Zhao has been awarded the Quinn Undergraduate Summer Research Award (USRA) from the UBC Department of Psychology, which is a competitive scholarship that will allow her to work full-time on research at the Infant Studies Centre this summer. Mary joined our Centre as a volunteer Research Assistant in May 2017 and is heading into the final year of her BSc in Integrated Sciences, majoring in Neuroscience and Physiology. After graduating, she hopes to attend medical school and eventually specialize in neurology. Mary is wonderfully active here at UBC: she has been a member of Friends of Médecins Sans Frontières (Doctors without Borders), is a current member of the Premed Society, is VP Communications of the Neuroscience Club, and has been elected President of the Neuroscience Club as of May 1st, 2018! Here in the Centre, Mary is working alongside Dr. Rebecca Reh, Postdoctoral Fellow, on research that investigates whether there exist oscillatory signatures of neuronal plasticity in language-learning within the first year of life. This project uses electroencephalography (EEG) to measure 5-, 9-, and 12-month-olds’ brain activity while they listen to audio of phonemes (units of sound that distinguish one word from another, for example, ‘ba’ and ‘ta’ are phonemes in English that differentiate ‘ball’ and ‘tall’) from a familiar language or an unfamiliar language. Mary will also assist Rebecca with an ongoing project at BC Children’s Hospital that investigates the influence of exposure to antidepressants during pregnancy on a child’s later language development. 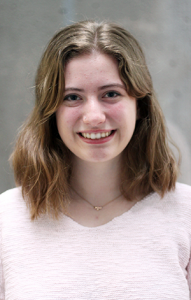 Riley Bizzotto has been awarded a USRA from the Natural Sciences and Engineering Research Council of Canada (NSERC), which provides a full-time summer salary for Riley to pursue research here at the Infant Studies Centre. She is entering the last year of her BA in Psychology with a minor in Environment & Society. Riley is Métis and is involved in the UBC Aboriginal Undergraduate Research Mentorship Program, which paired her with our Postdoctoral Fellow, Dr. Maria Arredondo, this past January. Riley assists Maria with a research study conducted here at the Centre that uses functional near-infrared spectroscopy (fNIRS) to measure 7- and 10-month-olds’ brain activity while they complete behavioural tasks of attention and language discrimination. This study involves both monolingual (single-language-learning) infants and bilingual infants, to investigate how language experience impacts brain plasticity and prepares infants for later language learning. Besides assisting with this project, Riley is also a Research Assistant at Dr. Andrew Baron’s Living Lab at Science World. Next Spring, she will be going on exchange to the University of Auckland in New Zealand, where she hopes to get involved in ongoing research on Indigenous stereotyping, a topic she is particularly passionate about. Likewise, upon completion of her undergraduate degree, she is planning to apply for law school, with the intention of pursuing a career related to Indigenous policymaking.

We are absolutely thrilled to have both Mary and Riley with us full-time this summer!  Please join us in congratulating them on their well-deserved research awards.