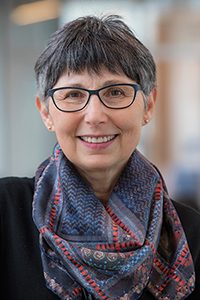 We are delighted to announce that the Director of our Centre, Dr. Janet F. Werker, has been awarded the 2018 Killam Prize in the Social Sciences by the Canada Council for the Arts! 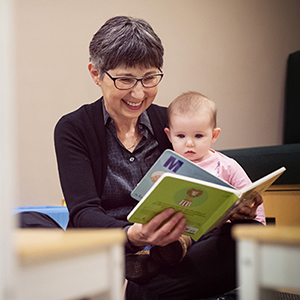 Dr. Werker at the Infant Studies Centre with a 7-month-old infant study participant.

The Killam Prize is among Canada’s most prestigious prizes for careers in research, and was awarded to Dr. Werker in recognition of her scientific discoveries on language acquisition in infancy, their powerful effect on her discipline, as well as their important implications for parenting, education, clinical practice, and policy – both in Canada and around the world. Spanning more than 35 years and consistently breaking new ground, Dr. Werker’s research has revealed how perceptual sensitivities that are in place from birth set the stage for the acquisition of a single language in infants growing up in monolingual homes, and for the simultaneous acquisition of two languages in infants growing up in bilingual homes. Using a wide variety of methods and comparing infants from a number of different language communities, she has demonstrated that the development of language is both exquisitely attuned to the learning environment and significantly shaped by the nature of early experience.

We are thrilled that Dr. Werker’s achievements have been recognized with the Killam Prize – please join us in congratulating her!

The University of British Columbia has released an article and a feature video in celebration of Dr. Werker’s career and this remarkable achievement — watch below to hear more from Janet herself.
Read More: Announcement by the Canada Council for the Arts; UBC Psychology’s Announcement; CBC News Article